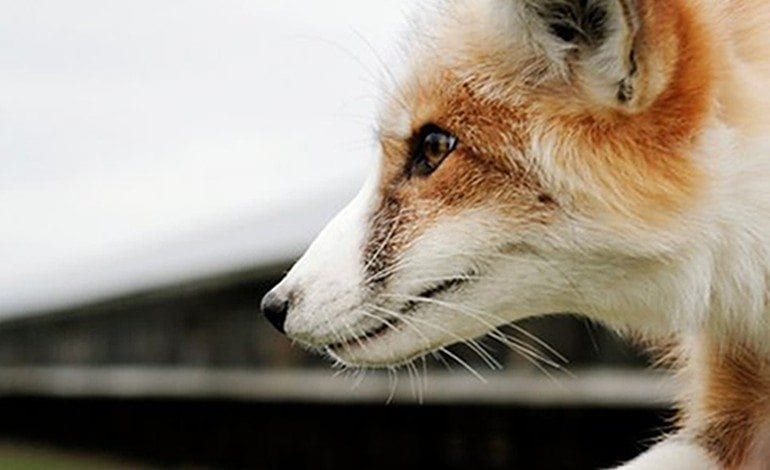 Fox farming started on Prince Edward Island (PEI) in 1895, when Sir Charles Dalton and Robert Oulton, the two fur industry pioneers, begun raising fox pups they obtained from the wild. The fox industry quickly grew to be PEI’s most profitable sector of agriculture at the time. In 1913, there were 277 fox farms and by 1923, there were 448.

Fox pelts were very fashionable among women in the 1920s when the price of a scarf made of a single pelt ranged from $350 to $1,000. Significant revenue was also obtained from breeding stock sales in the early days of the industry. For example, an adult breeding pair would cost $18,000 to $35,000.

The silver fox is a member of the dog family (Canidae) and is omnivorous (eats animals and plants). Most farmed foxes in Canada are fed with commercially manufactured, dry pelleted feed similar to pet food. Some farmers still feed a farm-made meat-based diet made up of fish and meat packing house by-products and other “food wastes”, supplemented with a grain cereal, vitamins and minerals.

Foxes are inquisitive by nature but may bite when defensive. For this reason, foxes are handled with thick leather mitts or neck tong restrainers.

Adult breeding foxes are housed individually in wire mesh pens and they are provided a well-bedded nest box for the reproduction season. The female fox, or vixen has her first litter at about one year of age.

Foxes are bred once a year and the breeding season of the silver fox is from January to March. Pregnancy lasts for 54 days and a litter of 1 to 9 pups (average of 3/litter) is born during March-May. The vixen nurses her pups for about 6 weeks and the litters are weaned in May and June.

Weaned pups are first reared together and the litters are later separated into pairs. Winter fur development begins in August and the fur is prime for pelting in November and December. The natural color types of the fox species vary from: silver, standard pearl, platinum, standard platinum, as well as many other colours and combinations.

** Codes and Guidelines are accessible on-line:

Overview of the Fur Farming Industry