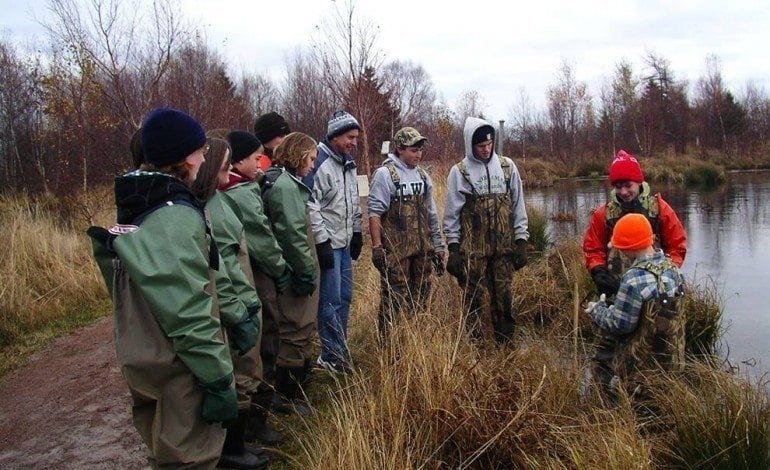 “It is not appropriate to impose a total ban on trophy hunting or the trapping of wildlife for sport and trade. A healthy population of wildlife produces a harvestable surplus.”

(IUCN) has urged its 140 member countries to adopt regulations setting out specific humane trapping practices to ensure that the most humane and selective techniques available are employed in the capture and/or killing of wild animals for research, management, and trapping.

(TWS) policy on trapping is to: support the regulated use of traps for sustained harvest of some species of furbearers as an effective method of managing or studying furbearers, controlling damage caused by furbearers, and at times reducing the spread of harmful diseases, and for economic benefit, subsistence, and as a legitimate recreational activity.

The World Organization for Animal Health

“(OIE) acknowledges that hunting and trapping have a role to play in wildlife surveillance. Wildlife diseases are of growing concern worldwide. In addition to threatening populations of wild animals themselves, wildlife disease can affect domestic animals and human health. Alliances with hunters’ organisations are very useful and important for surveillance and early detection of wildlife diseases. These alliances are also useful for managing non-desirable animal populations. Wildlife disease problems will not solve themselves. For all this, the surveillance of wild animal diseases, the sanitary control of international trade of domestic and wild animals and animal products using OIE standards recognized by the World Trade Organisation, as well as the control of non appropriate transfer of invasive species and non desirable animals or plants are essential actions.”

The Canadian Association for Humane Trapping

CAHT is supportive of anything “that advances the whole area of humaneness in trapping.” Spokesman Jim Bandow says “Trapping in this country goes back historically — this is what the country started with — so it’s not going to disappear, as much as people would like it to.”

The Canadian Federation of Humane Societies

The Agreement (Agreement on International Humane Trapping Standards)  is a good step in the right direction and CFHS… hopes that improvements will continue to be made for animal welfare in trapping.

Manitoba will continue to help farmers protect livestock from natural predators through an agreement with the Manitoba Trappers Association, Conservation Minister Stan Struthers announced today. “The Problem Predator Removal Program helps reduce incidents of coyotes and wolves preying on cattle, calves, lambs and sheep by removing only those predators causing problems in the identified areas,” said Struthers. “Only humane trapping methods are permitted and only those predators causing the problem are removed. This is a targeted program to reduce predator attacks on livestock and other personal property.”

The Canadian Veterinary Medical Association (CVMA) accepts, in general, the use of trapping devices that are designed to cause rapid death or work on the principle of live capture that minimize pain, injury, and suffering. The CVMA supports the Agreement on International Humane Trapping Standards (AIHTS) for specific fur-bearing species, as well as mandatory Canadian trapper educational programs, to advance humane trapping practices. The CVMA strongly supports continued development and improvement of humane traps for fur-bearing animals.

“Habitat conservation is the key to maintaining the viability of all wildlife populations and the ecosystems on which they depend. Unlike habitat destruction, regulated trapping is a sustainable use of wildlife resources, and does not, in any way, threaten the continued existence of any wildlife population.”

The Council for Yukon Indians

“Aboriginal people are a part of nature in a way that very few people have ever known. We have used the animals and fish, plants and water of the earth for generations. We are nurtured by this environment. Through our livelihood, we pass on our traditional skills and values to our children… Protecting and maintaining healthy populations of fur-bearing animals is more than a matter of social conscience for our people, it is a matter of our survival.”

Dr. Bruce Hunter, of the Ontario Veterinary College, University of Guelph, has stated: “With the aid of new Codes of Practice, developed in cooperation with animal-welfare associations, and through efficient rancher education programs, mink breeders are continuously up-grading the quality of mink husbandry and improving the health, genetics and nutritional standards of the industry. As with all animal husbandry, there is a need for continued research but, in general, mink are presently being raised in as progressive and humane a fashion as any other agriculturally-raised animal species.”

As cited by the Montana Trappers Association. Retrieved June 2009

Ministers stated that “the Canadian fur industry provides employment for thousands of trappers, many of whom are aboriginal, who are trained in the humane, safe, and effective trapping methods. As well as being responsible in how they conduct their trapping activities, trappers have proven to be effective stewards of the environment, informing wildlife managers of changes in population numbers, alerting them to the presence of disease, and providing insight on the possible effects of climate change on the biodiversity in their area.”

The Ohio State University School of Environment and Natural Resources

“Relocation rarely is effective for any species and particularly so for coyotes. However, many removal programs still relocate coyotes with the understanding that it will likely result in the death of that individual because relocation is more palatable to the general public than euthanasia.”

The Guards at Buckingham Palace wear Canadian bearskin caps. Made from black bears and brown bears, some of these caps have lasted for more than 100 years. Regiments in Canada, Belgium, Denmark, Italy and the Netherlands also wear bear fur.