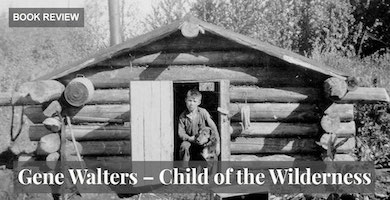 Gene Walters was born in South Dakota in 1927, but his family moved to the untamed forests of northern Alberta when he was about a year old. By age nine, he was helping his older brother, Andy, on the trapline, and that’s where he stayed until he passed away in 2011. To say he was a trapper would be an understatement. In every sense, he was a part of the wilderness in which he spent his entire life.

Now his story is available for all to share. Child of the Wilderness, published in 2005 but deserving of a far wider audience than it has so far found, is a labour of love compiled over several years by Gene and his family and friends. And it will appeal to trappers and non-trappers alike.