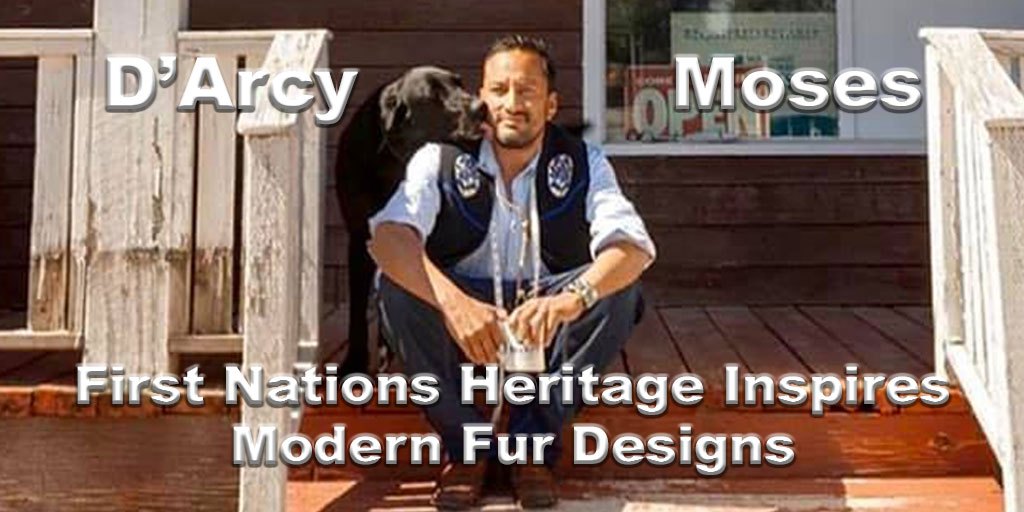 “If you are looking for a designer who incarnates the Canadian fur trade’s rich cultural mosaic, D’Arcy Moses is an obvious choice.

Adopted at birth, D’Arcy was raised by a non-native farming family in Camrose, Alberta. “They were really good, hard-working people who adopted five children after raising four of their own!” he recalls. Then after he left home, he set out to connect with his aboriginal roots.

While his mixed background sometimes left him feeling uncomfortable (“like an apple, red on the outside, white inside”), in Vancouver he met Leonard George, chief of the Tsleil-Waututh Nation, who assured him he could have the best of both worlds. “He told me, ‘You have the First Nations culture and you have the non-aboriginal culture. You can utilize that, because you can mix between cultures at ease.’””