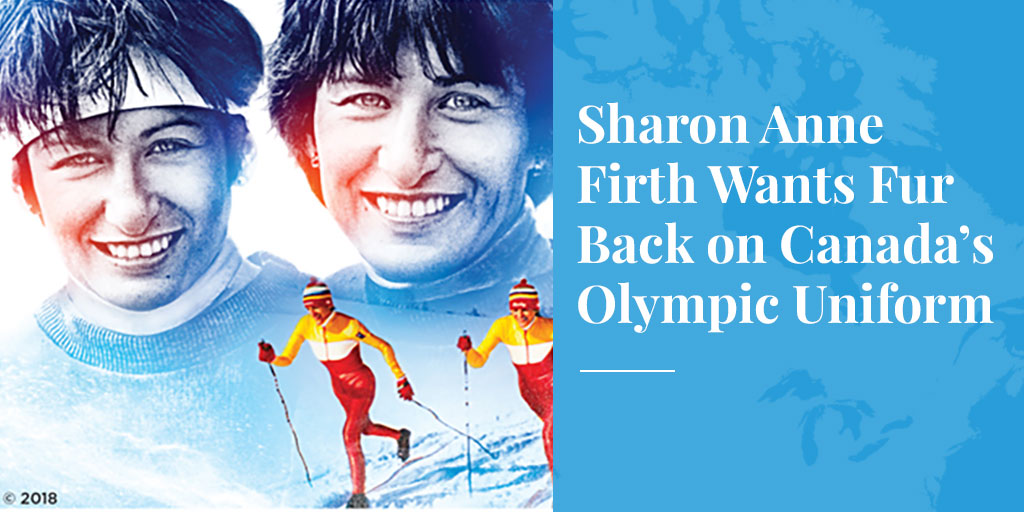 “Gliding stride-by-stride across the frozen ice and snow of the Northwest Territories. The sting of frigid -30°C air filling your lungs with each gasp as you ski on, mile after mile. Your legs and arms burning like fire as you push yourself. Just you, alone, fighting against the pain of fatigue, battling a darkened winter sky and the elements of nature.

It’s not something everyone can do or even imagine. But it’s exactly here that Sharon Anne Firth found her calling. It’s where she traces her life, from a child on the trapline with her family, to Olympic glory around the world, and now, all the way back again. All the way back home.

Sharon Anne and her twin sister, the late Shirley Firth, also an Olympic cross-country skiing legend, were born two minutes apart in Aklavik in the Northwest Territories, on the last day of 1953. They were two of 13 brothers and sisters.

Sharon Anne is Gwich’in, a group of Dené indigenous people that have lived in the Arctic from Alaska to the Northwest Territories since time immemorial.”