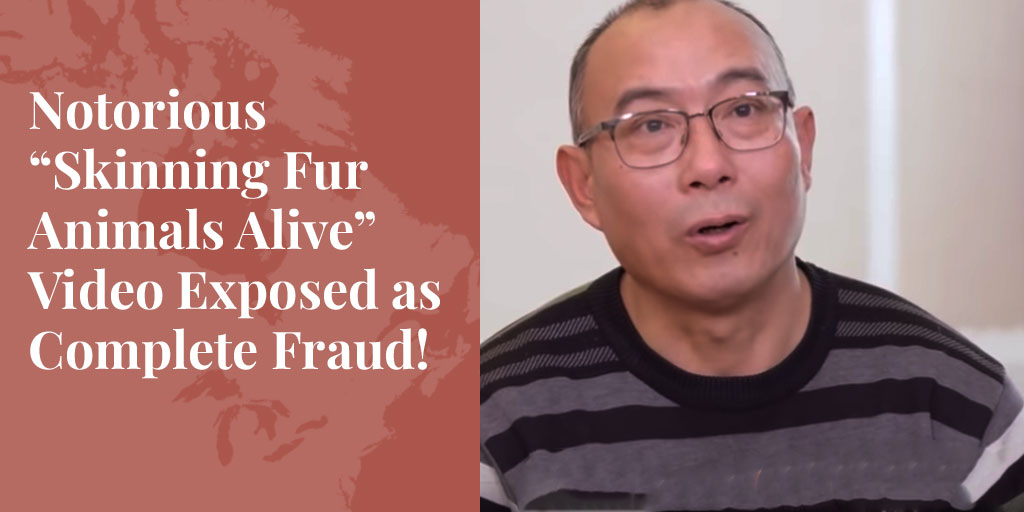 “Finally! The infamous “skinning fur animals alive” video has been exposed as a complete fraud, orchestrated and paid for by animal activists to discredit the fur trade. There is probably no single animal-rights lie that has done more harm to the reputation of the fur trade than this video, first released by a Swiss animal-rights group in 2005.

Entitled “The shocking reality of the China fur trade”, the video shows two men in a dusty Chinese fur market town, beating and then skinning an Asiatic raccoon that is clearly still alive. The video went viral and was subsequently repackaged by PETA and many other animal-rights groups around the world as “proof” that animals are abused in the fur trade. It is the centrepiece of campaigns to convince designers to stop using fur, and politicians to ban fur farming or even the sale of fur products.

Most recently, this vicious lie was repeated in support of a proposal to ban the sale of fur products in New York City, notably by the proposer of the ban, NYC Council Speaker Corey Johnson, and actress Angelica Huston, in an opinion piece published in a New York paper.

But now, an investigation by the International Fur Federation (IFF) has revealed – and documented with filmed confessions and signed affidavits — that the horrible scenes shown in that disgusting video were, in fact, intentionally staged by professional activists who paid poor Chinese villagers to perform these cruel acts for the camera.”