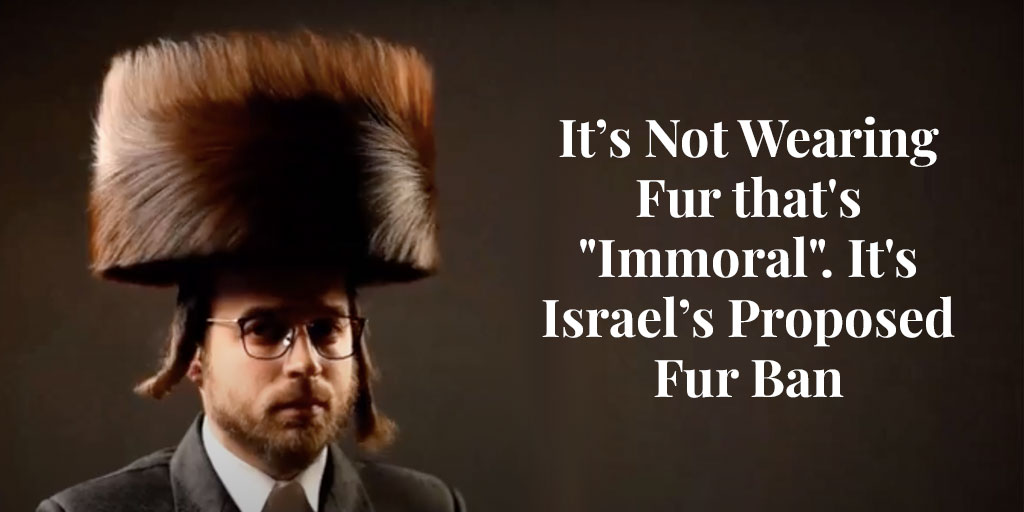 “The Israeli Government recently announced that permits for the importation, fabrication or sale of fur will no longer be issued, except for religious, scientific, or educational purposes. In short, the fur business will be effectively banned by regulation, by-passing the normal legislative process that was tried — and failed — a decade ago. This short-circuiting of due process is justified because banning fur is a moral issue, claims Minister of Environmental Protection Gila Gamliel. “Utilizing the skin and fur of wildlife for the fashion industry is immoral,” she insists. But she’s so wrong.

What does it mean to say that using fur – or any other animal product — is “immoral”? Some of the best research into public attitudes about using animals was done by the Canadian Royal Commission on Seals and Sealing. Based on opinion polling in six Western democracies (the UK, France, Germany, Norway, Canada, and the US), the Commission determined that four criteria must be met for animal use to be considered morally acceptable. Let’s see how the modern fur trade measures up to these four criteria:”