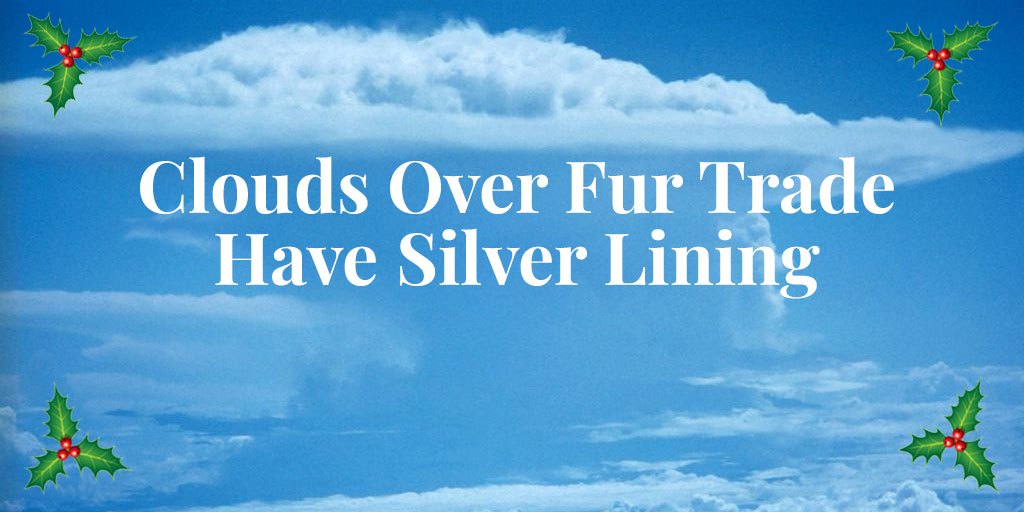 “It’s the Holiday Season, a time of good cheer, so let’s pretend for a moment that Covid-19 hasn’t made the last year thoroughly miserable for everyone, including the fur trade. After all, every cloud has a silver lining, right? What follows may seem like a stretch, but not everything about 2020 was bad.

Let’s start with something that didn’t happen in 2020: if there were any new campaigns launched to ban fur retail in the US, Truth About Fur didn’t hear about them. This bore out a prediction we made last March that, with the pandemic building, no one would have time to argue about animal rights.

Before the pandemic, animal rights groups were on a roll in California. They started small, in trendy West Hollywood, where a retail ban went into effect in 2013. Then Berkeley fell in 2017, San Francisco’s ban began last January, and a Los Angeles ban starts in 2021. In 2023, California’s statewide ban is scheduled to begin. (The sad irony, of course, is that the politicians who supported these bans pride themselves as being “progressives” — in which case, as Truth About Fur’s Alan Herscovici explained, they should be promoting fur, not trying to ban it!)”