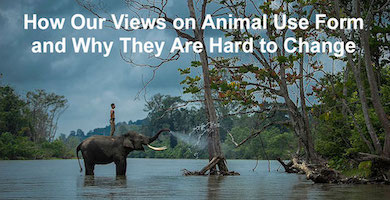 In his 2012 book The Righteous Mind: Why Good People Are Divided by Politics and Religion, social and cultural psychologist Jonathan Haidt explains why people hold such wildly differing beliefs and why others’ views seem so illogical. Understanding his arguments may be key to reversing the decline in support for various animal uses seen in urbanised societies, and ensuring industries such as the fur trade still have a future.

Ethics (morality) is about the way in which people want to act. Ethics invite us to do the right thing. That there is not always agreement about what is right in a particular case, as for example using animals for food or fur, is due to the fact that morality is partly innate, and partly learned and influenced by the environment (urban or rural) in which someone grows up.