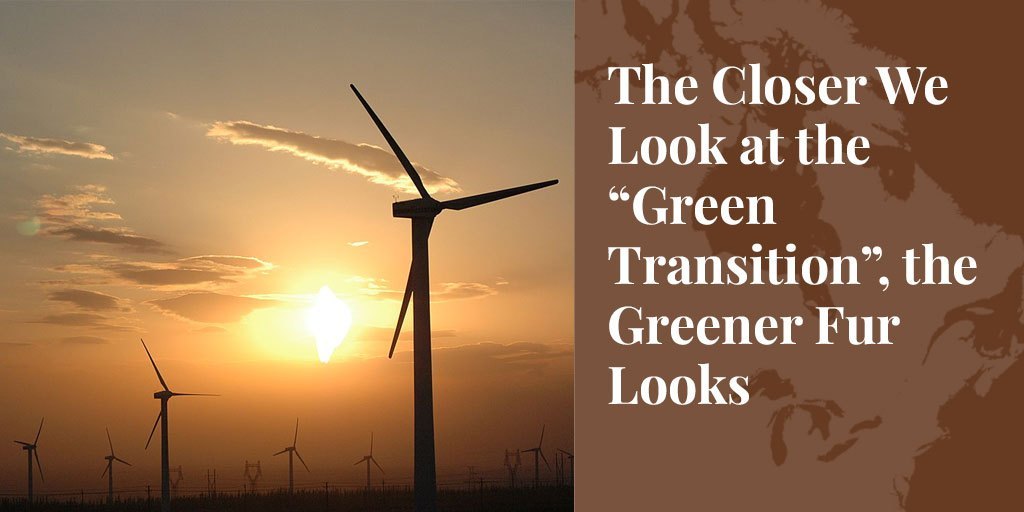 “Those who follow this blog know that I have written often about why banning fur sales – as California did recently –  is a really bad idea. I have repeatedly argued that banning fur makes no sense economically, socially, ecologically, or ethically.  After more than 30 years of writing about fur, you wouldn’t think there was much to add. Then I read a remarkable new book about rare-earth elements and the dark underbelly of our much-vaunted “green transition”.

In his French-language book La Guerre des Métaux Rares* (“The Rare Metals War”), journalist Guillaume Pitron reveals the hidden face of our society’s emerging energetic and digital transformation. How is this related to fur? Well, I think it’s fair to say that the current trendiness of anti-fur rhetoric is part of a much broader rejection of all things “messy”. That includes raising and killing animals, cutting trees, digging stuff out of the earth, and burning fossil fuels. Stuff produced by rural working people with calloused hands and dirt under their fingernails.

The cool kids now feel much more comfortable with the clean slickness of computer screens and iPhones, and with lightweight, throwaway fashions. Yes, these pretty things usually involve petroleum in the making of many of their parts, but they don’t look it, so why spoil a good story?

As for the energy to power our fast-paced society, its bye-bye to dirty coal-burning power-plants and smelly combustion engines; hello shiny new solar panels and whooshing wind turbines. And this is only the beginning. New digital “smart” technology will soon direct “clean” energy when and where we need it, eliminating waste, creating wealth, and improving human health. The future looks bright!”