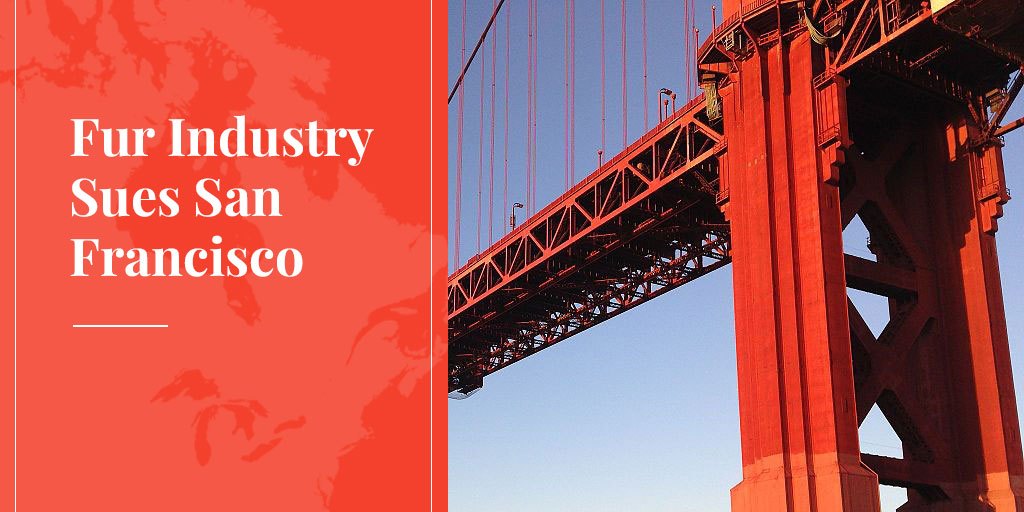 “The International Fur Federation (IFF) has launched litigation to prevent San Francisco from implementing a city ordinance banning the sale of fur. The ordinance, passed in 2018, gave existing department stores until Jan. 1, 2020, to sell off their remaining fur stock and prohibits the sale of newly manufactured fur coats, hats, gloves, fur-trimmed parkas, and other products.

The lawsuit, filed on January 13, argues San Francisco has “no legitimate local interest to ban fur sales” and that the ordinance is an “unconstitutional restriction on interstate and foreign commerce”.

“In an attempt to legislate morality, Supervisor Katy Tang, sponsor of the ban, stated that businesses ‘need to get with the times.’ Yet the current times do not allow for ignoring the Constitution’s prohibition on restraining interstate commerce,” said Mike Brown, the IFF’s CEO for North America.

“Proponents of San Francisco’s fur ban, including the radical animal rights group PETA, also want the sale of leather, wool, and other animal products to be banned,” said Brown.

Contrary to San Francisco city council claims, fur products remain popular with consumers in that city and nationwide. Fur sales in San Francisco alone are estimated to be $40 million annually. Globally, the fur industry is a $23 billion business. A 2019 Gallup poll also confirmed that a majority of Americans believe that it is morally acceptable to wear fur.”