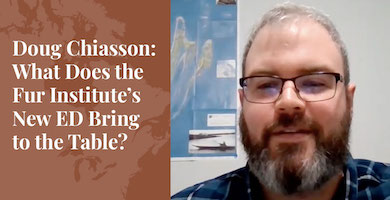 Last April 4, Doug Chiasson assumed the post of executive director of the Fur Institute of Canada, an independent entity founded by the government in 1983 to lead research on humane traps. Since then, it has also become a recognised authority on the conservation of wild furbearers, and a promoter of sustainable sealing.

Born and raised on Cape Breton Island, Nova Scotia, Doug spent 13 years studying and working in Ottawa, and is now back in his home province, residing outside of Halifax. In this time of unprecedented challenges in the fur trade, let’s find out what Doug brings to the table.