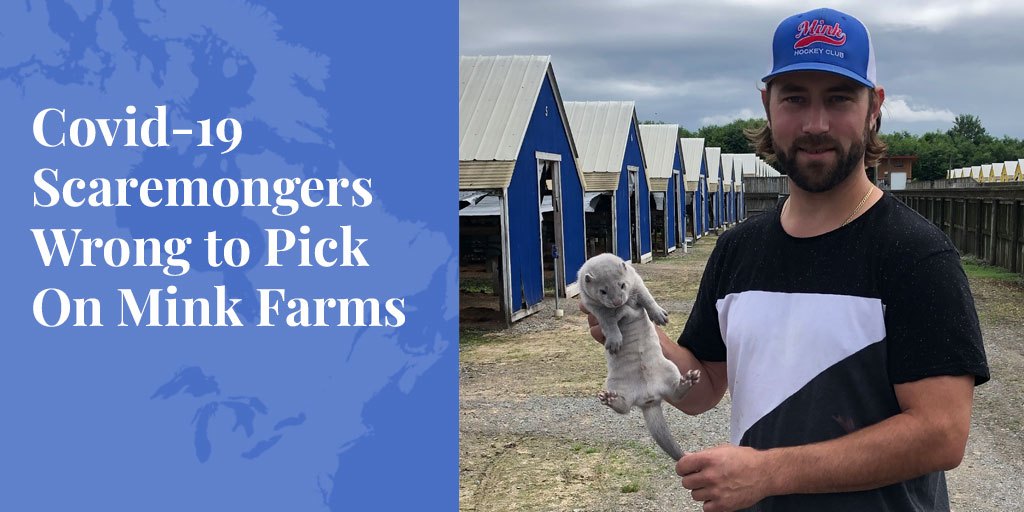 “In a July 13 column, Lesley Fox, executive director of The Furbearers, and infectious disease doctors Jan Hajek and Robert Reynolds played on concerns about COVID-19 to call for an end to mink farming in B.C.

To justify their proposal, the authors cited a recent Dutch government decision to close farms after a number of mink contracted the virus from infected workers, but they omit to mention that a politically motivated ban on mink farming was already coming into force in that country. The reaction of other European governments – including Denmark, the EU’s most important producer of farmed mink – was to enhance monitoring and established farm biosecurity measures.

In fact, antibodies for COVID-19 were also found in several farm cats in Holland. It’s known that cats, hamsters and other animals are also susceptible to COVID-19, and Dutch researchers believe the virus may have been spread between farms by feral cats. Interestingly, Fox doesn’t propose banning cats in B.C.

The authors of the recent column acknowledge that “secluded mink farms are unlikely to be a major source of community spread.” This is true: in Holland, as a precaution, air and dust samples were collected in the vicinity of affected farms but no sign of the virus was found. The fact that mink are raised “behind closed doors” is reason for reassurance, not concern.

Claims that mink are ‘hidden from public and government scrutiny’ are simply not true.

Nonetheless, Fox et al. stoke fears that raising animals in an enclosed space might provide “favourable conditions for viruses to evolve towards more virulent forms.” This argument could apply to any animal husbandry, and vegan activists have already jumped on this bandwagon to call for an end to meat and dairy production. This ignores the fact that animal scientists have gained considerable knowledge about the relatively small number of species we raise on farms. Of much greater concern are pathogens spread by wild species – think mosquitoes – which are becoming especially unpredictable because of climate change.

Similarly, claims that mink are “hidden from public and government scrutiny” are simply not true. B.C. mink farms are licensed annually and inspected every two years (sometimes more often) by the Ministry of Agriculture’s compliance, operations and data officers. These officials report directly to the province’s chief veterinary officer.”