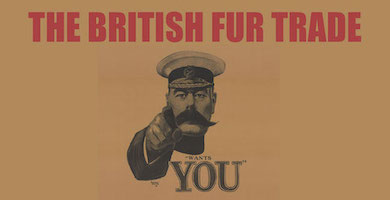 Animal rightists have been badgering the UK government to ban the fur retail trade for years, and with their country now out of the EU and no longer bound by its laws, the government is seriously considering giving them what they want. Such a precedent would give a major boost to animal rights activists lobbying for similar restrictions in other European countries, and even the US and Canada. So while the UK may not be a major consumer market, it is imperative that anyone who supports the responsible use of animals should now take action to ensure that a UK fur-sales ban doesn’t happen.

Of course, it’s easy to feel jaded when it comes to the UK, and even write it off as a lost cause. After all, despite a long and noble history of championing responsible animal welfare, this tiny island is now a breeding ground for virulent animal rightists, right up there with California. Plus, few British people wear fur anyway, so does it really matter?