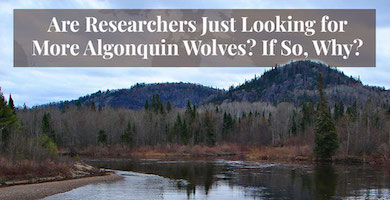 In the Algoma Highlands of Northern Ontario, a group of retired local researchers are trying to trap, tag and collect DNA samples from wolves, and then track them. The project is part of a three-year study by the Algoma Highlands Conservancy supposedly to improve understanding of local wolves and maybe restrict logging if it seems to interfere with their dens. But are they really after a bigger prize? I say they’re looking for an animal that could be used to restrict human activity far more: the so-called Algonquin wolf.

If you’ve never heard of the Algonquin wolf before, you’re not alone, because until five years ago the name didn’t even exist. So what is it, and why might protectionists be so keen to find more?