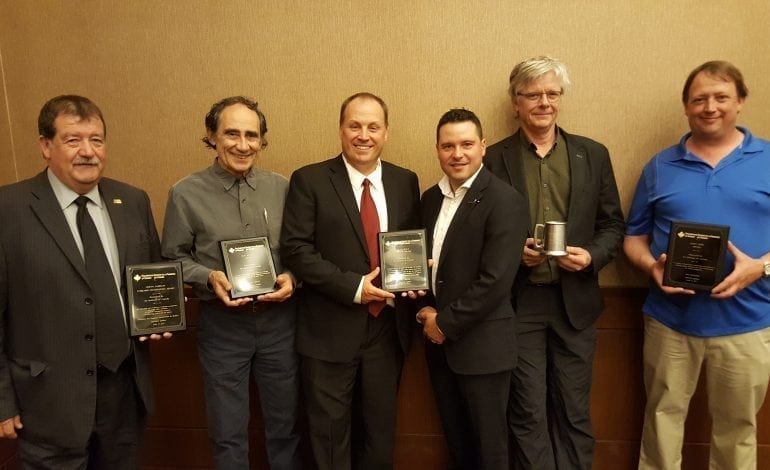 The Fur Institute of Canada is pleased to announce the recipients of this year’s awards, presented at our Annual General Meeting in Montreal, Quebec. 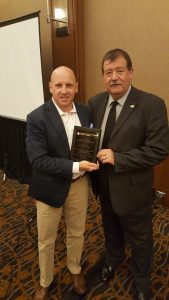 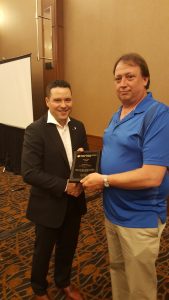 Dion Dakins (Left) presents the Lloyd Cook award to Tim Killey on behalf of Paul Blackwell who sent his regrets for not being in attendance. 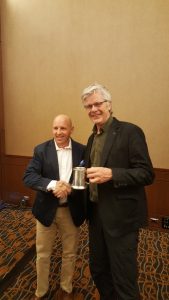 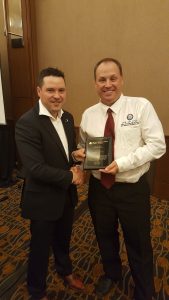 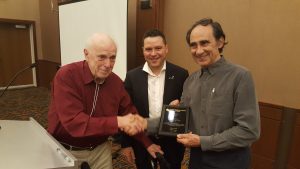