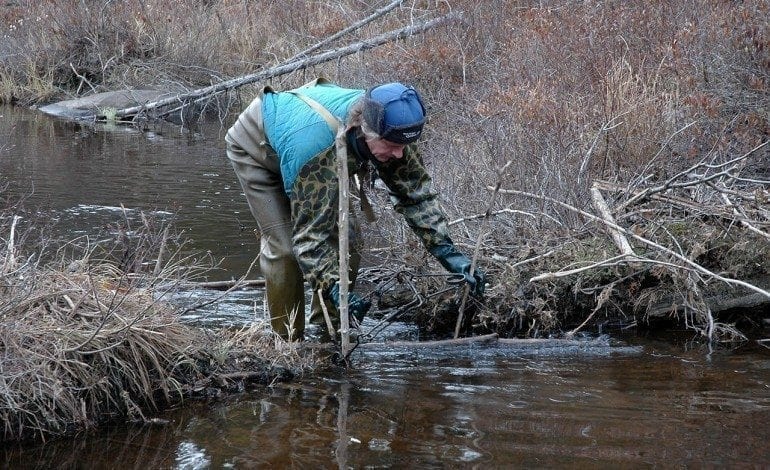 Canada has led the international development and implementation of trapping systems that continue to improve animal welfare.

Virtually every country in the world permits the trapping of animals for food, commercial, scientific or animal management purposes, and for the protection of endangered species and public safety. This drives the continuing search to develop traps that improve animal welfare and are efficient, safe and practical.

This Project was undertaken with the financial support of the Government of Canada through the federal Department of Environment and Climate Change.

“The Agreement on International Humane Trapping Standards is having a measurable impact on animal welfare through the use of certified trapping systems and education programs.”

In June 1999, Canada ratified the 1997 Agreement on International Humane Trapping Standards (AIHTS) with the European Union and Russia. The AIHTS sets out welfare thresholds for trap performance requirements for a total of 19 wild animal species (12 in North America) that are captured for various reasons in those countries. The United States has a separate, but similar Agreement with the European Union.

The AIHTS definition of Humane Trapping Methods “means the traps certified by competent authorities that are in conformity with the AIHTS standards and used in setting conditions specified by the manufacturers.”

Under the Agreement, traps used for the species listed are evaluated using the ISO testing standards and must subsequently be certified as meeting the AIHTS welfare requirements if they are to be used in Canada, the EU or Russia.

The 2007-2008 trapping season marked the first year Canadian trappers were required by law to use AIHTS certified traps for certain listed species. This requirement was the first step of a longer three-part process which will lead to regulating the use of only certified traps thereby improving the welfare of animals trapped  regardless of the  various reasons.

To-date over 200 models of traps have been tested and approved under AIHTS certification standards. Virtually all testing is conducted in Canada.

The FIC regularly publishes and updates a list of the trapping devices and systems that have met the AIHTS animal welfare requirements and have been certified for use.

Animal trapping continues throughout the world for various reasons. However, until the 1990s there were no animal welfare standards for traps. It was on Canada’s recommendation and leadership that scientifically-based trap testing standards have been established. These standards are available for use by any country to measure and compare the welfare performance of different traps.

These standards were approved by the independent International Organization for Standardization (ISO) in 1999 and reaffirmed in their five-year review in 2004. The standards are used by Canada, and form the basis for trap performance testing  and certification as required by the Agreement on International Humane Trapping Standards (AIHTS)

To meet the requirements for trap certification, manufacturers must test, or have tested through a credible testing agency, any trapping device they intend to market for use in Canada for the purpose of capturing any of the twelve Canadian species listed in the AIHTS. This applies to mechanically powered, trigger activated restraining and killing devices as well as to live capture box or cage traps. The species are beaver, muskrat, river otter, marten, fisher, raccoon, badger, ermine, coyote, wolf, lynx and bobcat. Testing must follow the procedures outlined in the certification program document entitled “International Humane Trapping Standards – Trap Certification Procedures and Protocol to be Applied by Canadian Competent Authorities”. This document also includes the trap performance requirements contained in the AIHTS.

A part of the trap certification process in Canada involves safety issues, as well as welfare performance and efficiency. This ensures that approved traps are safe to use when properly maintained and used in accordance with the manufacturers specifications and wildlife regulations. Meanwhile, continuous research leads to new safety features which can then be incorporated into new trap designs.

On behalf of the Competent Authorities, the Fur Institute of Canada (FIC) is coordinating various activities to determine whether the killing and restraining trapping methods, as defined in the AIHTS, are in compliance with the established animal welfare criteria relevant to trapping the twelve listed Canadian wild furbearers.