Ottawa (October 1, 2014) – The Fur Institute of Canada (FIC) applauds the recent announcement by the Government of Canada to overturn a potential move by the RCMP to change its uniform policy related to the use of the iconic Muskrat Fur Hat. The tens-of-thousands of Canadians who rely on the fur trade appreciate the Government’s continued strong support for the principle of conservation through sustainable use.

Historically, the fur trade played a central role in the development of Canada, and, like the RCMP, has a significant and iconic position in Canadian heritage, culture and tradition. The FIC is pleased that the Government’s support for this heritage as well as the internationally recognized principles of conservation will not be compromised by radical animal rights activists whose efforts and campaigns of misinformation only serve to hurt the livelihoods of Canadians in rural and remote communities.

Canadian trappers not only contribute to the economy, they also play an integral role in managing wildlife populations under the supervision of the government for the benefit of all Canadians. They are hard-working, dedicated conservationists who have a profound respect for animals and a love for nature. Today’s fur trade is highly regulated and utilizes traps, including those for muskrat, that are in full compliance with the Agreement on International Humane Trapping Standards.

Research has clearly shown that no other material matches the quality of muskrat fur for warmth, water repellency, comfort and appearance.

As highlighted on our website as one of the Stewards of the Land, Alex Van Bibber passed away. He was one of...
Actualités 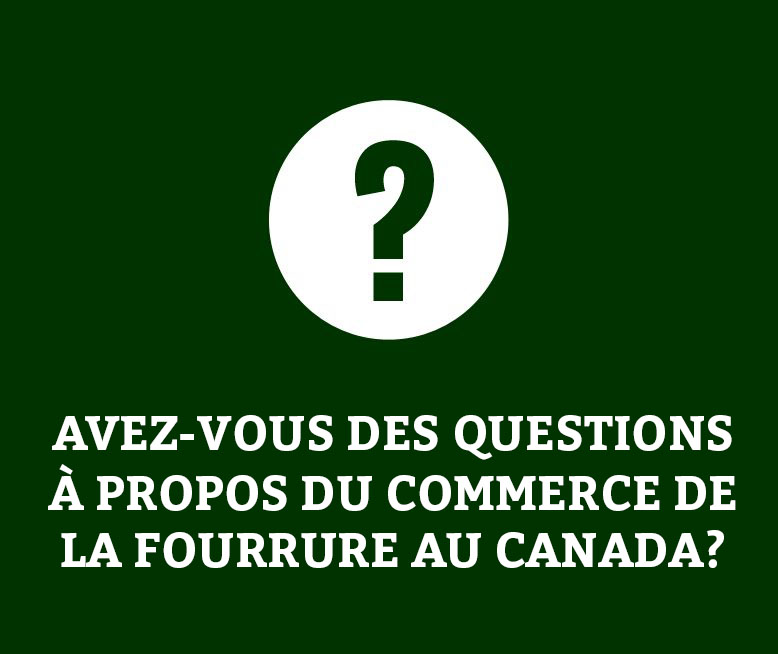